Where We Come From, Where We’re Going

Good food and good friends . . . essential elements that connect us to place.

If you follow nuovastoria, you already know that there has been a long, dry spell between posts. There isn’t a compelling reason that kept me away from the keyboard like, for example, sudden paralysis or irreversible computer failure. But there have been big changes afoot—changes that started small and became too big to ignore. Making sense of them has taken some time. 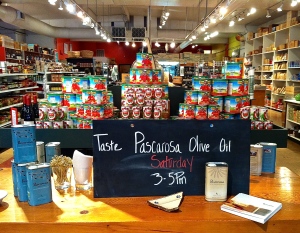 Getting ready for one in a series of Pascarosa olive oil tastings we held throughout Oregon and California this spring.

Those of you who know our story know that three years ago, my husband and I quit our jobs, packed our stuff and left our friends and family in California to live full time in Italy. It was a big move, but at the time, it felt like the easiest thing in the world. We melted into another life—a life we embraced with open minds and full hearts. We began to harvest olives from a grove we had owned for 20 years, exporting organic extra virgin oil to the United States. And we followed that up with small group tour programs to our beloved Puglia, introducing our olive oil customers to the land and the people that produce the elixir they’ve come to love.  For us, home became the place where the living is best, a thought immortalized by the Romans in a Latin proverb that dates from a millenium ago. 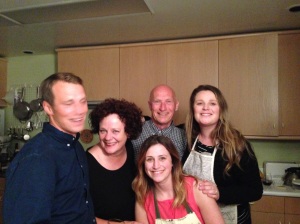 Our immediate family at our daughter’s engagement party. The feeling of being very far away got more intense as we started to plan the milestone wedding.

According to Pico Iyer in a recent TED talk, some 220 million people live in countries not considered their own today—more than 70% of the entire population of the United States. Many of the people represented by this number are economic immigrants; even more have chosen to leave their own countries because their chances of living long enough to raise their families seem better elsewhere than resigning them to certain deprivation or even death at home. Our situation is trivial in comparison. But we do share a yearning for our own home—our own culture—which is never quite excised entirely from the psyche, no matter where you go or why you went there. 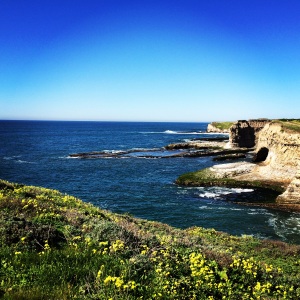 So we’re beginning to re-imagine what is next, nurturing what we’ve built with Pascarosa, our olive oil and culinary tourism businesses. Our customers live in the United States, so our ongoing presence here will be a boon to our bottom line. Meanwhile, the occasion of our daughter’s wedding—the first among our children—has given us an opportunity to reflect about what matters most. We’re stepping away from the busy-ness of this visit to find time for quiet refection, in between helping to choose the bridesmaids’ shoes and wedding cake flavors, that is. We’re not sure what the future holds for us, but we know one thing for sure. We’re choosing to look not so much at new sights; we’re looking at familiar ones with new eyes.